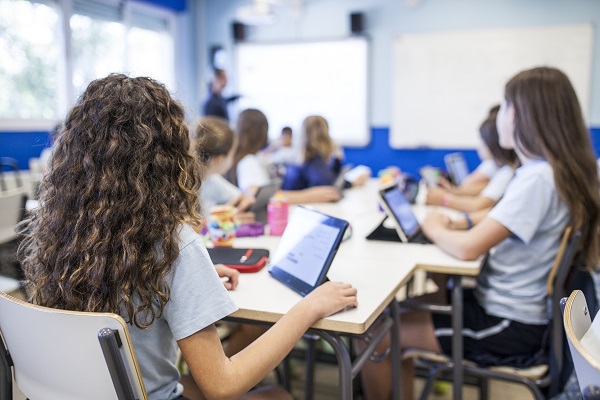 Education Technology’s High-Speed Evolution During the Pandemic and Beyond

MCH Strategic Data is proud to partner with edWeb.net, a professional online community for educators. edWeb.net recently posted this article on Education Technology’s High-Speed Evolution During the Pandemic and Beyond. With their permission, we are sharing this resource to provide information on how district officials respond to fast-changing situations and make plans for the future.

In the edLeader Panel, "Broadband and Beyond: How to Optimize Your Network to Sustain and Support Growth," current and former district technology officials discussed their work since the pandemic began and the future needs of their systems.

As the Chief Information Officer for Prince George’s County Public Schools, which has more than 130,000 students and 18,000 employees, Dr. W. Wesley Watts, Jr. had never experienced such an extensive and fast change in direction as the one that occurred in early 2020. More than 10,000 of the district’s students and their families did not have internet access at home, and many parents did not speak English.

The district responded by handing out devices, installing antennas on buildings, and buying hotspots, while also setting up virtual private networks so employees could do their work online from home. Meanwhile, the district also had to keep its network up and running as it experienced the huge changes that resulted from suddenly having every student and teacher using a device from home.

In nearby Baltimore City Public Schools, the district had to switch from a ratio of three students per device to one device for every student, and there was a steep learning curve involved in acquiring and distributing so many devices. And as Elvis K. Teah, Director of Information Technology, Infrastructure, Data Center, and Security, put it, “Everything needed to happen yesterday.”

As the device distribution proceeded, the district also needed to develop internet access throughout the city. After first setting up antennas on school buildings, the district found that nearby high-rise buildings were still preventing some students from having access. The next step was to improvise hotspots and negotiate discounts with major carriers, which then provided codes that students could use to gain internet access.

Michael McKerley, President of ENA, pointed out that the tasks district networks are being asked to accomplish are “an order of magnitude higher” than they were a few years ago, and whatever happens with the pandemic, similar growth is likely to be required in the future. To be prepared, he believes “networks need to be designed now to be scalable in a cost-effective way.”

Emerging possibilities that will require more bandwidth include the Internet of Things, facial recognition, and real-time security. McKerley sees the current ESSER and E-Rate funding as “once-in-a-generation” opportunities to address these goals.

Dr. Tom Ryan, Co-founder of K-12 Strategic Technology Advisory Group (K12STAG), said that district leaders need to project three to five years out and engage in strategic planning because increasing capacities to such an extent will take time, and simply reacting will “always be playing behind.”

Dr. Watts recommends that districts track their history of bandwidth increases, which may no longer be doubling every year or two but are likely still growing, and then plan to buy a percentage increase annually so as not to be hit with a huge increase in one year.

In Baltimore, Teah is finding that the rate of technological changes makes it challenging to adjust, especially as vendors combine end of life for their products with end of support, so obtaining repairs or patches may unexpectedly become more difficult and expensive. He’s hoping that “virtualization” through the use of cloud services may enable districts to upgrade software with less need for new hardware, though upgrading the knowledge and skills of staff members will also remain necessary.

Dr. Ryan recommends life-cycle planning for apps and hardware, so network components can be upgraded and refreshed without encountering “a funding cliff on the back end.” He also sees synchronous video—when everyone may be going online at the same time at the start of a class period—as an example of the type of bandwidth increases that district officials need to prepare for.

Having quickly added 60,000 devices to its network during 2020, Baltimore City Public Schools’ network was suddenly “facing inward and outward at the same time” when students were working from home. Maintaining the infrastructure and avoiding vulnerability was a major challenge that required additional expertise. Added hotspots needed to be “super compliant,” and students were required to log in and authenticate in order to gain access to the system.

McKerley noted that since the pandemic began the number of cyber and ransomware attacks has skyrocketed, along with the associated costs. District officials’ work has also become far more complicated as more school-owned devices are being operated on non-school networks, with some students downloading and using apps that central offices may know nothing about.

He recommends a unified, multi-layered approach to security that includes firewalling, geo-blocking, and detection of intrusions and malware signatures. He also recommends having a service provider that can mitigate Denial-of-Service attacks, which can be hard to manage internally once the network is already under attack. There also needs to be endpoint protection when devices may be used in a variety of settings over the course of a single day and throughout the school year.

Dr. Ryan suggests that districts develop a cyber-management plan that includes risk assessments and putting together scenarios, so that district officials know what protocols and steps to implement if and when an attack on their network occurs. Having seen numerous districts “falling prey to cyberattacks,” he believes focusing on the threats in advance is essential in order to prevent them from being an even bigger challenge in real time.

Learn more about this edWeb.net broadcast, "Broadband and Beyond: How to Optimize Your Network to Sustain and Support Growth," sponsored by ENA.

What People Are Saying

"We buy from MCH Strategic Data on a regular basis having been impressed from the start with how helpful the team is with our initial data requests to processing the orders quickly."
"MCH was invaluable in helping me determine the list that would best fit my company, in addition to staying within my budget."
"Since switching to MCH, we’ve seen a drastic increase of metrics across the board –open rates, click through rates and our leads gathered through capture forms are much higher."
"MCH has proven to be a true partner. Their team provided us with a variety of tools to allow us to easily access quality education data. We appreciate their excellent customer service and technical support."
"I have to say the MCH list platform is the easiest online list count/order system I have used.

Due to inactivity, you will be logged out within 5 minutes.